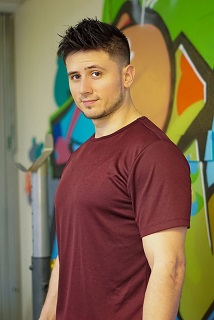 Worked with sean kingston, Pitbull, KRS one and many more. Featured on MTV, Fox, Sytycd, Telemundo, Premio Nuestro, Tu Mundo and Juventud .
Have organized and thrown successful Hip Hop dance events since 2006 in Miami with the latest 2014 event “Iphlow2”.
Founder and one of the main choreographers of Illmatik Phlow crew since 2009.
Teaching breaking since 2005 and is a full time dancer ready to get better and inpire the whole world.

Mario “Supah Mario “Toledo
“Its not a hobby, dancing is a lifestyle.”

Other interests:
Abstract Art (Graffiti).
Gym Head.
Knows how to MC aka Rap a little lol.
Saved a baby from a car accident.
Part of a family business 5 Starcuts Barbershop.